I also called (left two messages) and faxed the letter to the Community Currency Exchange Association of Illinois. I have received no reply.

Does it mean it is in the New Sauk Village Currency Exchange, INC's and the Community Currency Exchange Association of Illinois best interests to be racist and discriminatory against their own clients?

My name is TP. I'm a US citizen of Polish descent. I have a strong Polish accent. For the last several months, I have been a customer of the following location:

I would like to file a formal complaint with the Community Currency Exchange Association of Illinois so that you could start an internal investigation. The result of the investigation will determine if I file formal legal proceedings with Cook County Court House.

Here is a summary of the three main complaints (I can provide more details upon request):

About two months ago, I was a personal witness of one of your employees making racist jokes against black people. She was chatting with another 'customer' (could be her relative or 'old friend' because they seemed to know each other well). All of a sudden, the 'customer' looked around to make sure there were no black people inside, he looked at me and mention something like 'Ok, you're a white guy so here we go' and started telling a racist joke about black people to your employee. They both were having fun. It appeared they haven't been doing it for the first time.

2. DISCRIMINATION AGAINST THE MINORITIES (ie. against me, a Polish-American citizen).

I'm a frequent Western Union customer sending and receiving money. The same employee who was having fun at the expense of black people started to profile me because of my strong Polish accent. When I was trying to pick money from a Western Union transaction, after hearing my accent and checking my name on the drivers license, she asked me about the country I was born in. I asked her why she would need this information and she replied that Western Union requires her to ask about the country of birth every time money is being picked up. I do believe it is a false statement because I have seen several other people (including the minority) picking up money and she never asked them about the country there were born in.

In addition, she said that since I'm a Pole, I should be compliant to what she says because 'all Poles I know are compliant.' She was upset when I dared to ask her why she was asking me about my nationality and place of birth.

- After the 'incident', the racist employee refused to service me (ie. even if there were no other customers, I had to wait for the other employee to service me).

- Today, November 21, 2013, I was trying to send and receive money. I was being served by the other employee. It appears there was a letter missing from my FIRST name. Everything else (including: the amount, sender's name, my last name, sender's location, my location, MTCN number) was 100% correct. Your employee refused to process the money claiming the name is different from the name on my drivers license and I might not be the same person who is in the Western Union system. Obviously, one missing LETTER in the FIRST name should not be a problem -- CONSIDERING THE FACT that the same employee processed dozen of my other transactions where my first name was misspelled EXACTLY THE SAME WAY. I believe it is a proof that both employees collaborated and started to make it as difficult for me as possible in the hopes I will not bother them anymore. In fact, they had mentioned at least a couple of times in the past that I should consider choosing another location if I want to be treated as I feel I should be treated (ie. with respect, with professionalism, and without racial or minority prejudice).

I believe the location has security cameras installed and the above facts and dates can be checked and verified as needed.

Please contact me at your earliest convenience and advise how NEW SAUK VILLAGE CURRENCY EXCHANGE, INC. is going to address my formal complaint and what next steps will be taken against the above employees. 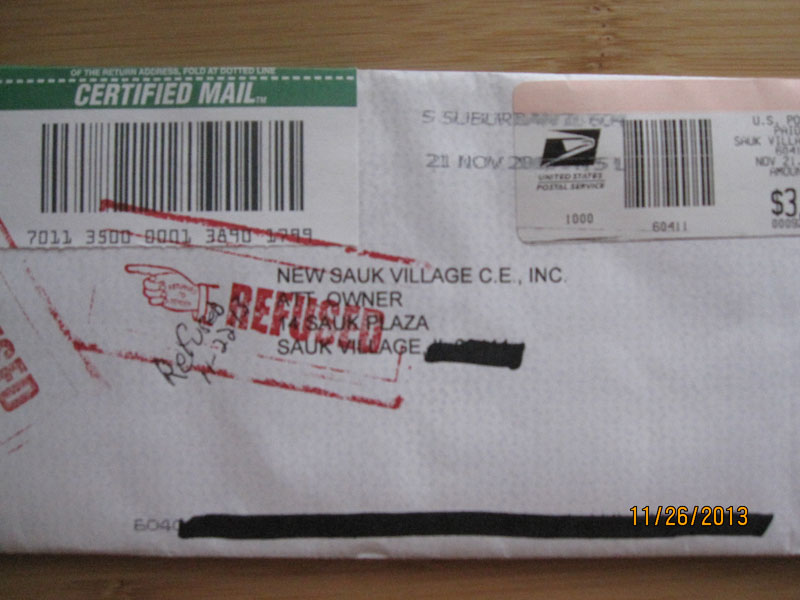