Before beginning the assignment I had sense of three general topics that I wanted to cover. I wanted to address the perceived value of an online education versus its more traditional on-campus variant, the popularity of massively open online courses (MOOCs), and the rising threat of internet-assisted plagiarism and methods of combating it. In terms of sources, I took three different approaches: one was an article I had previously read and simply had to locate again online, one was the result of a basic web search for a piece on the issue from a reputable source, and the last was from a search of the library's databases.

For the first article (Johnson), I could recall that it was about the Harvard Extension School and that it was in either the New York Times or The Nation, but I did not know the exact title or author. First, I tried the Times, doing a basic search for 'Harvard extension' on the newspaper's website. Since the article did not appear on the first three pages of results, I tried to refine the search using some of the advanced search tools available on the site. I limited it to the last year (which, it turns out, would have prevented the story from coming up), set the category as "opinion," and tweaked some other variables. Since I did not have immediate success with this, I decided to move on and come back if necessary. I then went to the website for The Nation magazine and performed a keyword search in the box provided for 'Harvard extension.' Fortunately, the first article to come up in the hit list was the one I was looking for. 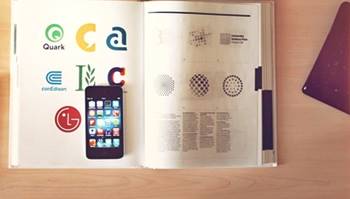 For an article on MOOCs, I first did a basic web search on Google for current topics of discussion. It seemed that finding ways to monetize these services was currently a priority for the companies running them, educational institutions, and investors. Coursera's recent introduction of fee-based certificates interested me, so I performed a web search with the keywords 'Coursera paid certificate.' The first page of results were mainly from Coursera itself, which I rejected, wanting an outside perspective. These results were followed by some brief news stories, blog posts, and discussion forums considering the issue. None of these had the depth or credibility I was looking for. Finally, on the second page, I came across the article from Inside Higher Ed (Fain), which not only appeared to be a reliable source and provided the author's credentials, but also had sufficient depth of analysis, interviews, and varying points of view on the issue.

To find articles on the current struggle with plagiarism in universities, I first turned to the ERIC database - available through VALE - as I wanted the point of view of educators and scholars. Perusing some articles from a general search on plagiarism, I found that there was some controversy and divergent opinions surrounding detection systems like Turnitin. Since I found this debate interesting, I focused my search on this topic and eventually found a reference to a chapter in the recently published book by Losh. While many other articles and free research resources argued for or against the use of these systems - or approached the matter from a more neutral, technical position - Losh was doing a more high-level analysis. I chose the book chapter for this reason and also because it is one of the most recently published scholarly pieces on the topic. To find the full-text book chapter, I turned to the ProQuest suite of products available through the library and found the eBook version in the ProQuest ebrary.

I found the exercise valuable, as it allowed me to identify several general topics of interest and then home in on a more specific issue or viewpoint. An alternative approach I considered was to do a very general search related to online education - either on the web or in a periodical database - and simply take the first few results that came up. This could also be a valuable exercise, as I might have encountered more unfamiliar or controversial pieces, or ones that I strongly disagreed with, which would allow more of a critical approach. However, I think selecting specific articles on topics that interested me personally kept me more engaged during the exercise and also allowed me to utilize and learn new web and database search / research skills.

Johnson, Theodore R. "Did I Really Go to Harvard if I Got My Degree Taking Online Classes?" The Nation: Education.